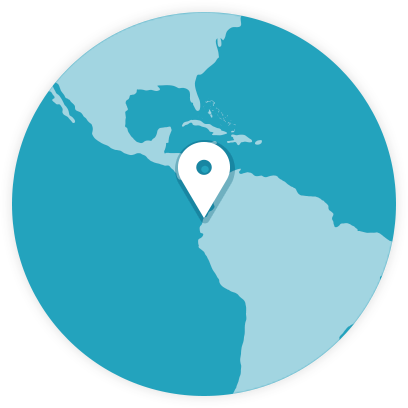 FIP Stage: 5 (Improvements on the Water)

Ecuador is a major world player in the tuna industry. The Ecuadorian tuna industry generates 1.2 billion dollars and employs, directly and indirectly, approximately 50,000 people in the country’s coastal region. Transmarina is a company that operates a fleet of four industrial longline vessels that target bigeye tuna, yellowfin tuna, and southern albacore tuna. These species are caught using state-of-the-art technology to improve retrieval of fishing lines and other systems that reduce negative ecosystem impacts. The fleet’s catch supplies the sashimi markets of Europe and Asia.

Critical issues challenging this fishery include the lack of information about where the fleet operates, its level of fishing effort, and its impact on the marine ecosystem. WHAT WE ARE DOING

FIP efforts address governance, fishing practices, and environmental impacts of the fishery so that it can meet the MSC standard. This work is steered by FIP participants and FIP stakeholders and includes:

We encourage action across the supply chain to support FIP progress. A FIP Participant is an industry member that is part of the seafood supply chain for the FIP product and is actively engaged in supporting the FIP.

The Marine Stewardship Council uses 28 performance indicators to assess the sustainability of fisheries. The chart represents the percentage of indicators that would likely pass, pass with conditions for improvement, or fail upon the fishery’s full assessment.

We use a step-wise process to evaluate the fishery’s performance and identify sustainability issues, and then to implement improvements and report results. Want to dive deeper into this FIP’s progress on each of the MSC performance indicators? Visit FisheryProgress.org. Other efforts to promote a sustainable future for Ecuador’s fisheries

Another critically important fishery to Ecuador, the mahi mahi fishery, is one of the country’s most valuable artisanal fisheries and products are primarily exported to the United States. To promote a sustainable future for this critical fishery, Ecuador’s undersecretary of fisheries resources, in collaboration with WWF, launched the Ecuador Mahi Mahi FIP in 2010.

READ MORE ON OUR BLOG