Join us to Stop Ghost Gear: One of the Deadliest Marine Plastic Debris

Plastic waste pollutes every corner of the ocean, threatens aquatic wildlife, and even ends up in the seafood we buy and eat through bioaccumulation in species which can potentially impact human health. Despite growing awareness, the problem continues to get worse. Three billion people depend on fish as a major source of protein. With a rising population, there is an increased demand for fish, and therefore more fishing gear is being used. Ghost gear is one of the deadliest forms of marine plastic debris, given it is one of the most damaging types of marine plastic pollution for both species and habitats.

Gillnets, traps and pots, fish aggregation devices, and other gear types are compounding the problem of plastic in our ocean as they end up abandoned, lost, or discarded. Ghost gear can continue to catch target and non-target species unselectively for years, potentially decimating important food resources as well as endangered species, such as marine mammals, seabirds, sharks, and turtles.

While the consequences of plastic use are finally beginning to receive the attention they warrant, the impacts of ghost gear are less visible and understood. Increasingly, companies are becoming interested in learning more about this problem and can now engage to be part of the solution to stop ghost gear by joining the Global Ghost Gear Initiative now.

IDENTIFYING AND MITIGATING RISKS TO BUSINESS

Join us in our efforts to eliminate ghost gear from our oceans. 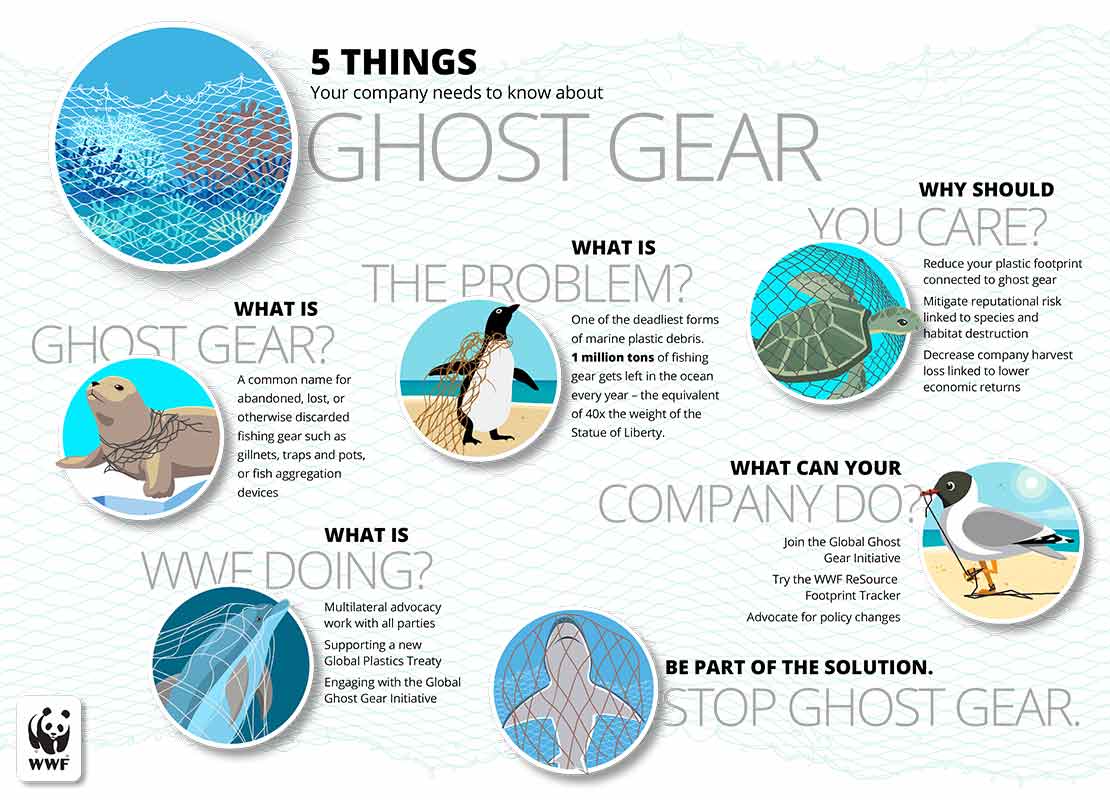 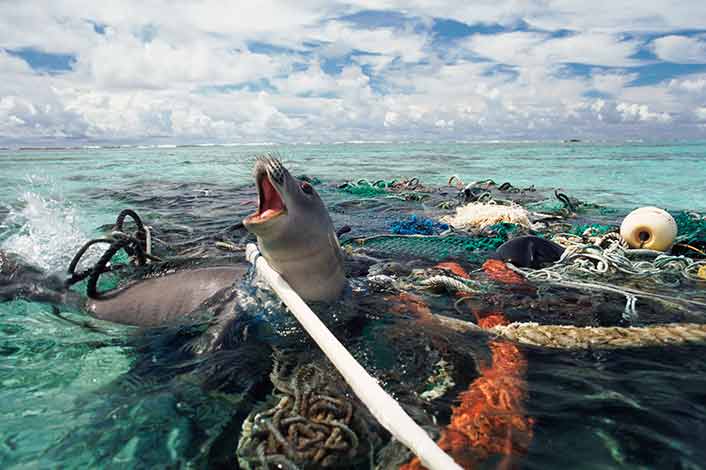 WWF continues to monitor and raise awareness about ghost gear by demonstrating the scale of the problem at hand with scientific data, identifying gaps in existing legal frameworks, and highlighting the need for national and international preventive policies and practices. 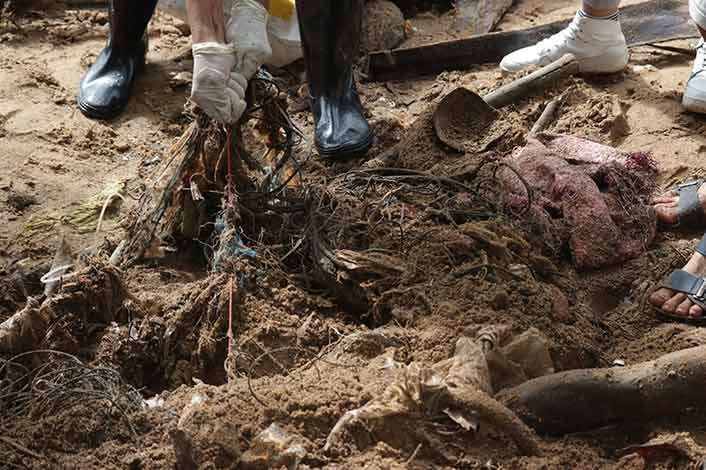 WWF considers ghost gear and plastic waste a global problem in need of a global solution. Exiting laws are fragmented an ineffective. A coordinated global response in the form of a UN Treaty is required to help governments and businesses level the playing field and drive change at scale. 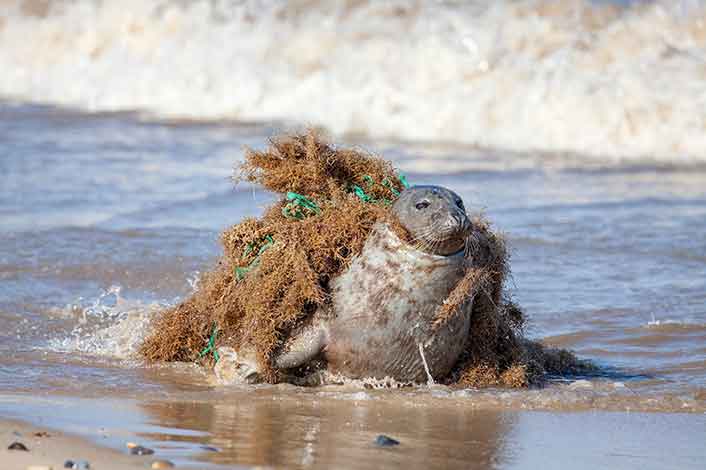 WWF is part of the Global Ghost Gear Initiative (GGGI), an alliance of more than 100 organizations formed in 2015. GGGI aims at developing effective strategies by addressing the root causes of gear loss, and recognizing the safety, economic, and conservation issues with which fishers must work.

WHAT COMPANIES CAN DO

Companies can contribute to the solution by joining the Global Ghost Gear Initiative (GGGI), the world’s only global cross-sectoral alliance committed to driving solutions to the ghost gear problem. Over 135 leading retailers, brands, fishing companies, governments, and non-government organizations have already joined the initiative, including WWF.

Businesses can additionally advocate for the policy changes needed to shift from a linear to circular economy in the U.S. and globally and to tackle the issue of ghost gear, including by advocating for principles of extended producer responsibility, environmental justice, and international leadership to reimagine our linear economies, as outlined in OneSource Coalition’s Statement of Solutions; and by advocating for a UN treaty on plastic pollution.

Join us to Stop Ghost Gear. More on what ghost gear is, why companies should care, what WWF is doing, and what companies can do.

This WWF report, Stop Ghost Gear: The most deadly form of marine plastic debris shines a spotlight on the problem and offers solutions for what we can do about it. 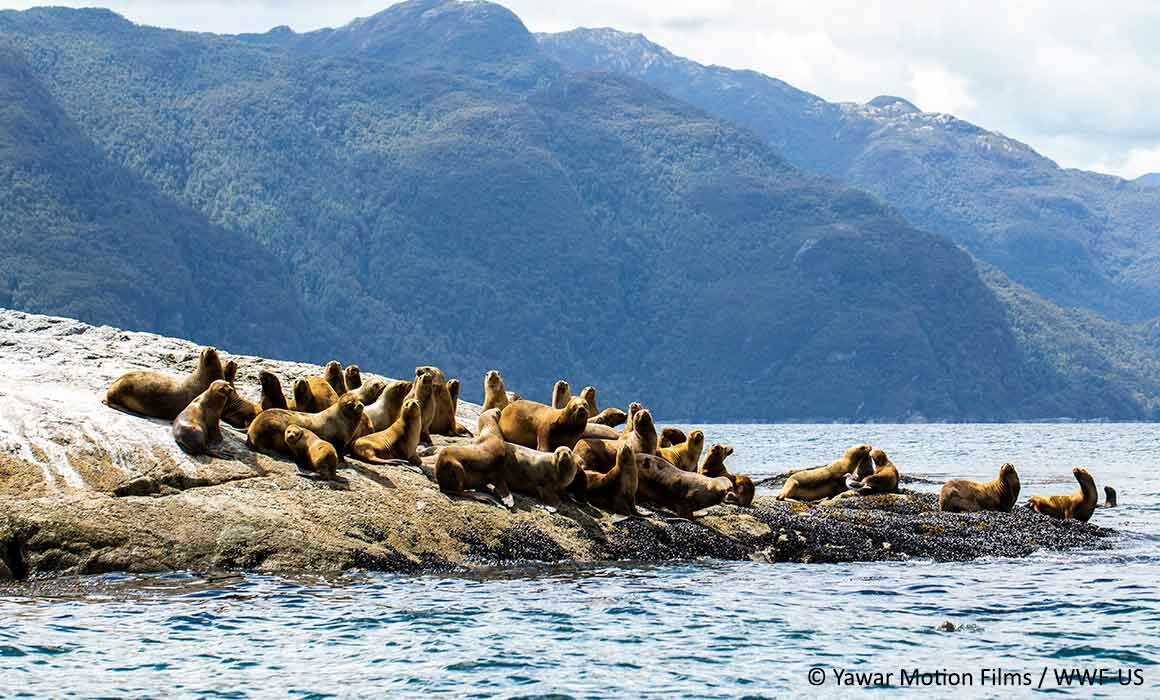 World Wildlife Fund (WWF) and the Walmart Foundation are announcing the launch of a new eighteen-month collaboration to scale more sustainable and responsible seafood transformation by developing and piloting a holistic place-based approach. The project aims at improving several key seafood practices within a specific geography.

The initiative will drive current seafood industry and conservation efforts toward a more comprehensive seascape jurisdictional approach to sustainable seafood that utilizes global market solutions and innovative financing strategies to ensure greater, equitable outcomes for our oceans and its coastal communities.

END_OF_DOCUMENT_TOKEN_TO_BE_REPLACED 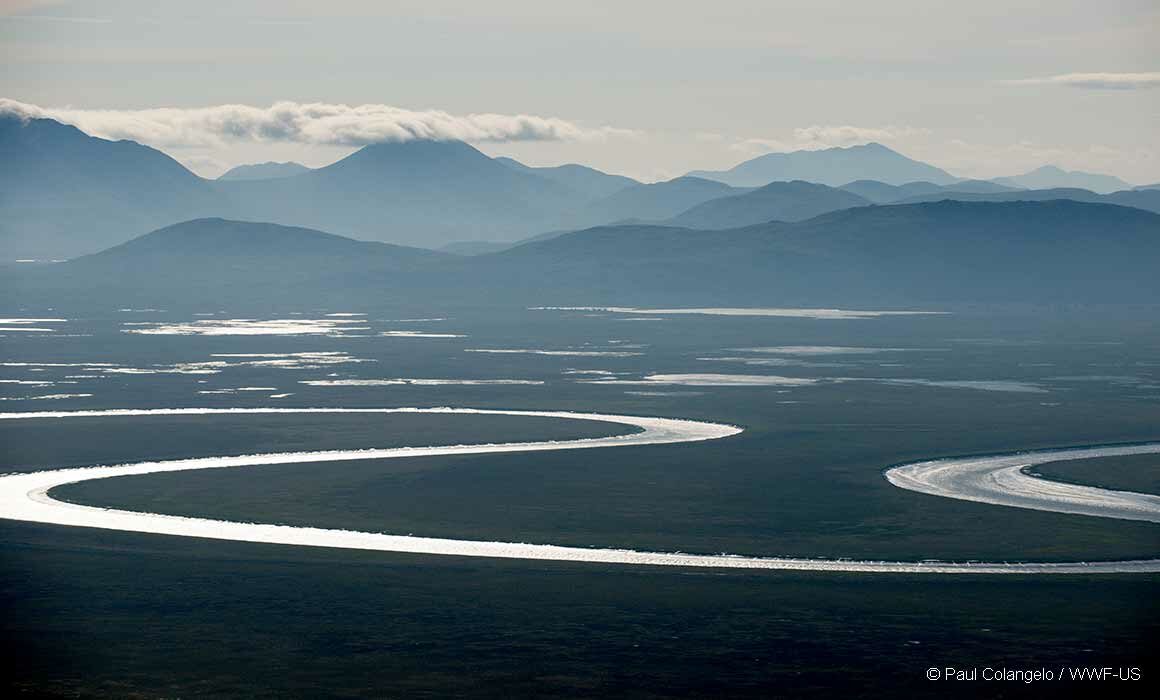 Bristol Bay is among the most productive ecosystems in the world. It is also synonymous with commercial fisheries where local communities and businesses rely on wild-caught salmon for their livelihoods and local economy. After years of standing against the Pebble Mine project, the
Bay communities are leading the way for permanent protection for this iconic Alaskan ecosystem through the Bristol Bay Victory Challenge (BBVC).

END_OF_DOCUMENT_TOKEN_TO_BE_REPLACED 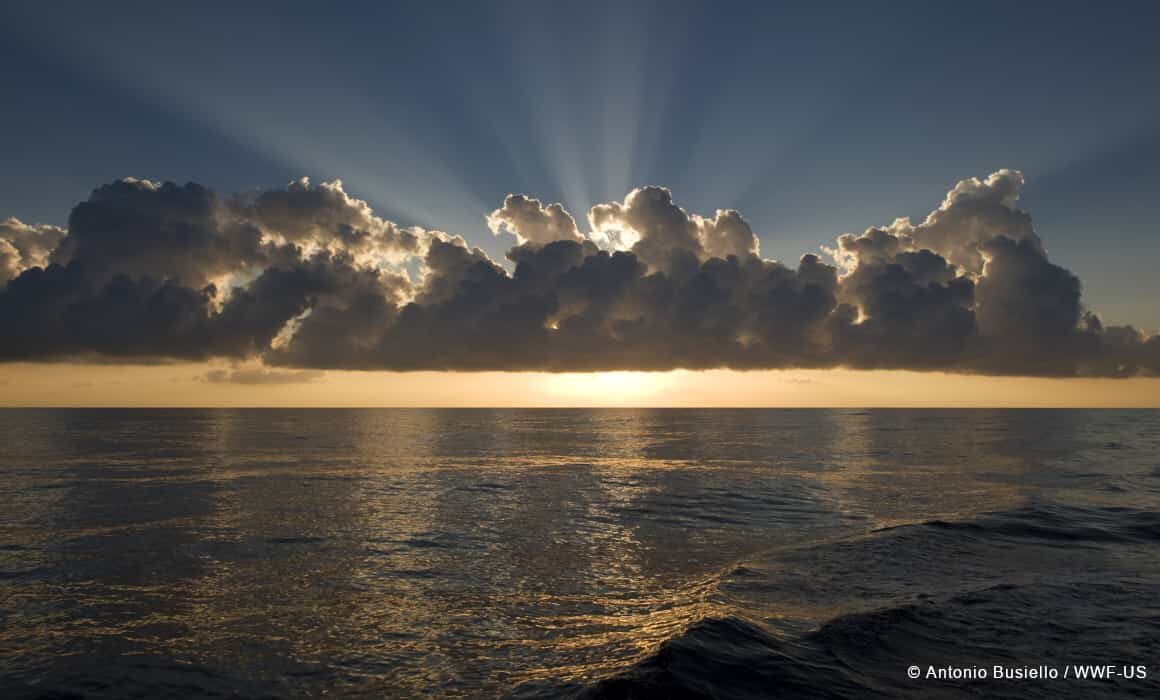 The announcement came as world leaders were meeting in Lisbon, Portugal, for the United Nations Oceans Conference, focused on “Scaling up Ocean Action Based on Science and Innovation for the Implementation of Goal 14: Stocktaking, Partnerships, and Solutions.”