As the footprint for farmed shrimp production has rapidly expanded, it has often done so at the cost of mangrove forests in some major producing countries. Half of all mangroves worldwide have been lost since the 1940s, with farmed shrimp production accounting for 30% to 50% of the losses. While clearing mangroves for farming is illegal in many producing countries, including Thailand, India, and Ecuador, the practice still occurs in some critical geographies and continues to be a pressing issue.

Preserving these ecosystems and their functions is critical to mitigating the effects of climate change, protecting wildlife, and ensuring community livelihoods. Mangrove forests are a vital coastal ecosystem that stabilizes shorelines in the intertidal zones of sub-tropical countries.

Beyond the thousands of rare, iconic, and threatened species that inhabit them, mangroves also provide many valuable ecological functions, including filtering water, protecting shores from erosion, and serving as a natural barrier against storms. They also store three to four times more carbon than tropical forests and may be one of our best defenses against climate change. It is critical that the future expansion of farmed shrimp does not drive the loss of additional intact mangrove ecosystems.

In Indonesia about 22% of current shrimp pond area sits on converted mangroves; in certain jurisdictions such as Kalimantan Timur and Kalimantan Utara, that number is over 50% as of 2018.

Mangroves are valuable ecosystems that offer valuable environmental, economic, and social services to the communities that live around them and to the world. 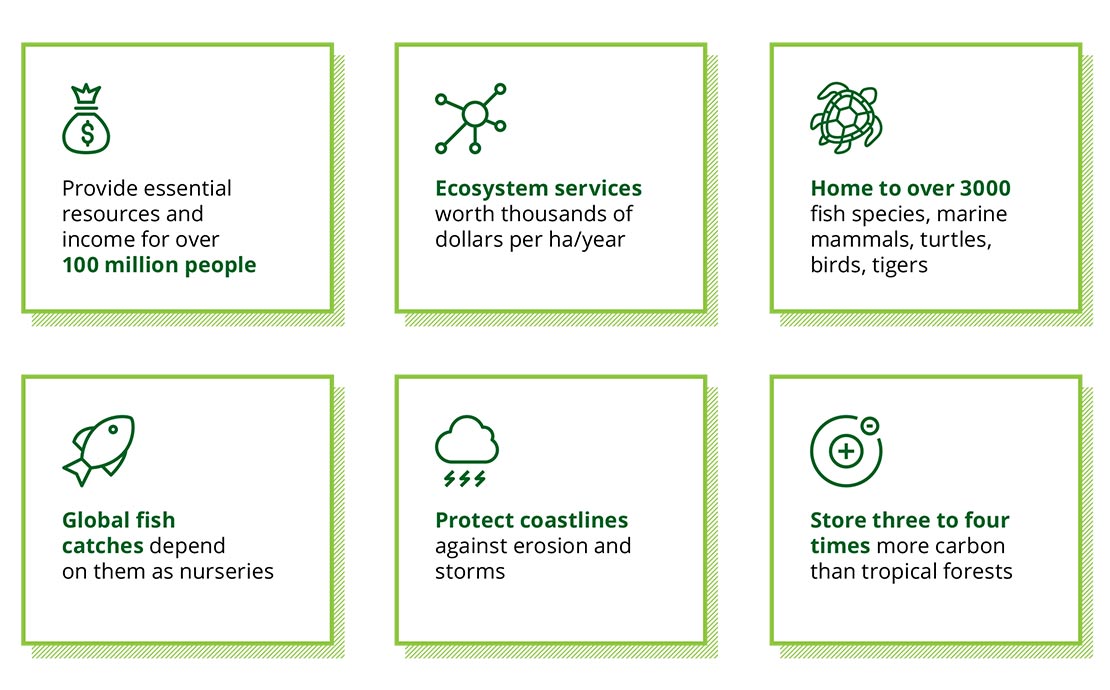 A NEED AND OPPORTUNITY FOR BUSINESS

Given the current trends in executive commitments, consumer demands, shifting government regulations, and unpredictable impacts of climate change, it is strategically advantageous for companies to think about staying ahead of the conversion-free curve now.

Businesses are increasingly making decisions based not only to the expected desires of consumers also to enhanced business longevity based on the sustainability of sourced materials and the products they sell.

Ensuring a conversion-free supply chain would not only reduce reputational risk and differentiate products in the market, it might also increase the value creation and resilience during times of uncertainty.

Among animal proteins, shrimp farming provides a compelling example because it is the most valuably traded seafood commodity in the world by volume and can be produced without converting significant amounts of land through controlled intensification.

The first step to taking conversion out of a supply chain is identifying where it may be happening. Geospatial mapping technology, combined with robust traceability systems, is an important tool that allows companies to better understand their supply chain conditions from a social and environmental perspective. 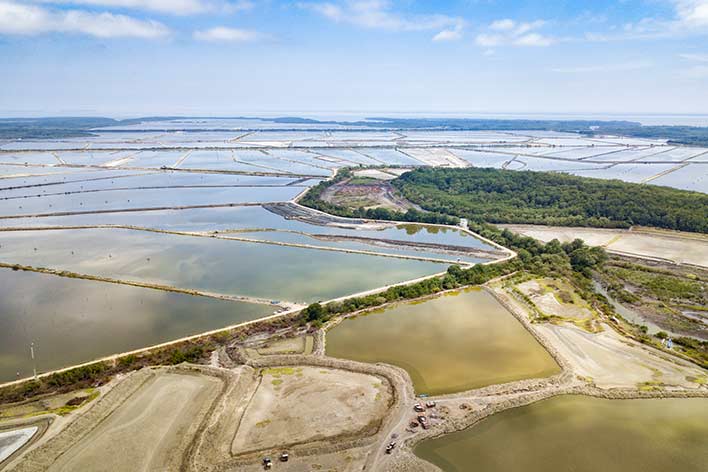 Clark Labs Coastal Habitat Mapping tool identifies the ecosystem impacts of farmed shrimp operations by systematically cataloging mangrove and wetland land-use cover and change over time in production countries. When combined with supply chain traceability data that identifies source farm geographic coordinates, this can help companies confirm whether their farmed shrimp product may have contributed to wetland or mangrove habitat loss since 1999. 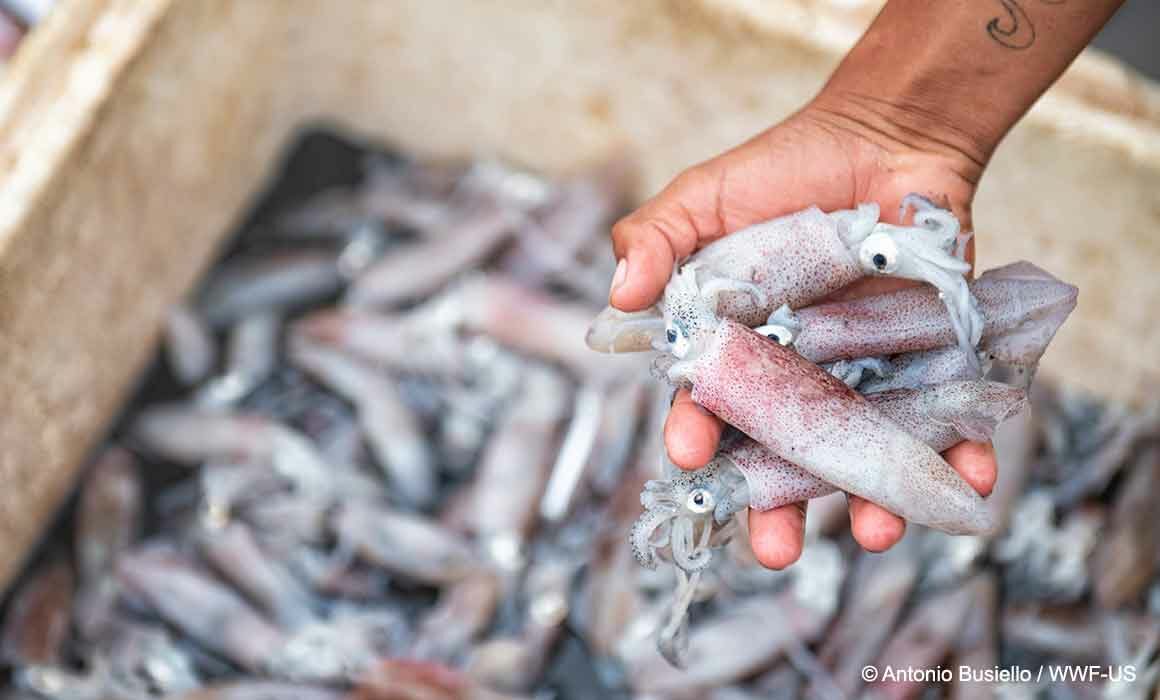 After nearly five years of its initial convening by World Wildlife Fund (WWF) in partnership with the Global Food Traceability Center (IFT), the Global Dialogue on Seafood Traceability (GDST) has now transitioned since October 3rd from an NGO-convened platform into a permanent organization that is self-sustaining, rooted in industry, and open to broad stakeholder involvement.

END_OF_DOCUMENT_TOKEN_TO_BE_REPLACED

The last time you ate seafood at a restaurant did you consider that what showed up on your plate may not have been what you ordered? Chances are the potential for seafood fraud never crossed your mind, but it should have.

Seafood fraud is a common and profitable practice that not only compromises retailers, foodservice professionals and consumers, it also threatens our oceans and human health.

END_OF_DOCUMENT_TOKEN_TO_BE_REPLACED 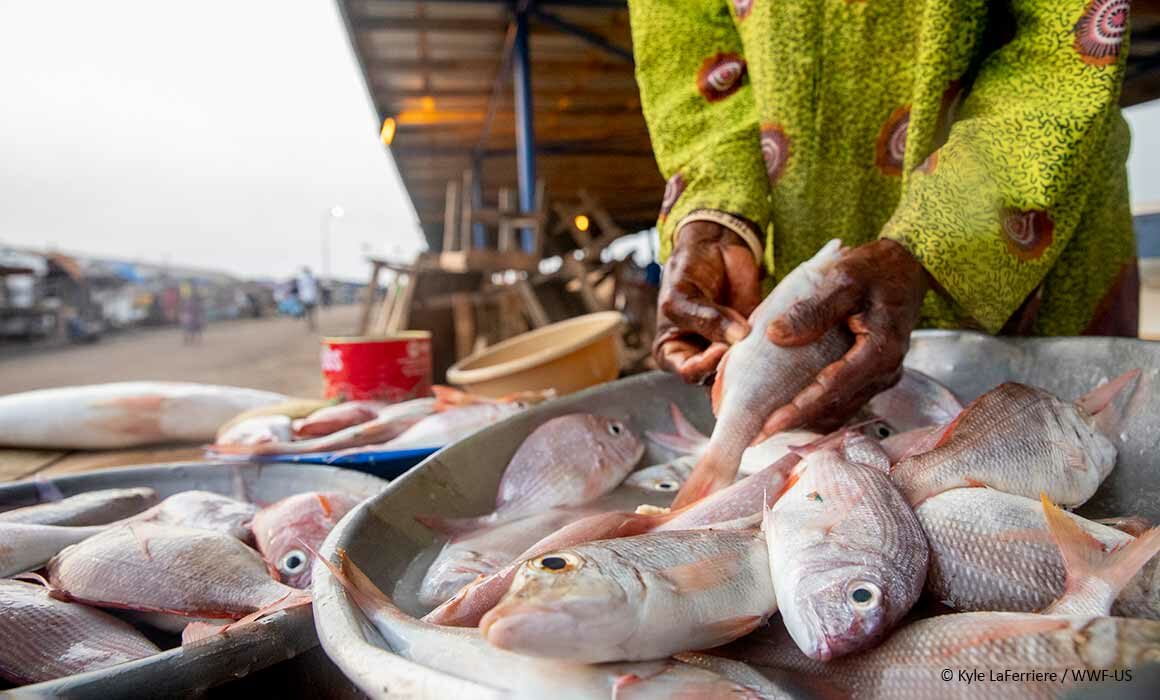 Fish bring life to our planet and connect us all to our shared oceans. Even in the most turbulent times, we find ways to maintain that connection and work toward a better future with our corporate partners across the seafood industry. That was especially true over the last year.

The pandemic disrupted seafood-related business in a multitude of ways, and while some of the chaos has been a shared experience, each business faced their own personal and unique challenges. So how do we take stock in a moment like this to see if we’re still on track to meet shared seafood sustainability goals? Looking at specific areas of work is a good place to start, particularly those areas where we’re able to work together while apart.