Home | News | Conserving the Future of Mahi Mahi in Peru

Conserving the Future of Mahi Mahi in Peru

At the break of dawn on a warm February day, I was travelling in a van heading south along the Peruvian coast to the small port town of Pucusana. This is a place rich in culture and tradition, and home to a mahi mahi fishery where the community is working to conserve and secure its fish stocks for future generations of family fishers.

My colleague Samuel Amorós, WWF Peru fisheries officer, and I were working together to build up WWF Peru’s newly reinstated marine program. This trip was a small window into our engagement with the community to help establish a fishery improvement project (FIP) for mahi mahi.

After nearly two hours of driving from the urban structures of Lima, we found ourselves on a dirt road heading up a long gradual hill. As we made our descent after reaching the top, the morning fog began to lift and my eyes settled on brightly colored specks on the blue horizon of the ocean. As we neared the water, they revealed themselves as fishing boats making their way into the port of Pucusana.

As we arrived into town, the character of my surroundings struck me. To my left were colorful houses built into the side of the cliff that surrounds the port. And to my right, families worked together to move their daily catch of fish from the boats amid the smell of the fresh, open sea; it was a feast for all the senses.

My arrival to Pucusana was met with some suspicion, but Samuel had built trusted relationships in the short time he had been with WWF Peru. As we made our way over to the port, we introduced ourselves to the local enforcement officer. Enforcement officers are employed by the Peruvian government to monitor the landings brought into port. They determine whether the catch meets regulations on size, and they also check for appropriate paperwork.

We watched as this particular officer examined the catch—making notes on weight, size, and species—after it was unloaded from the boats. As the only enforcement official for the port, she had the respect of the fishing community, and there seemed to be a good working rapport between the two parties. With Samuel translating for us, we explained why we were there and informed her about the projects that we were developing. We mostly observed, asking only a few of the all-male fisher population how the catch was that day and whether or not fishing conditions had been favorable.

While this trip was focused on planning “pre-assessment”—the first steps of an improvement project to help the fishery and its stakeholders work toward meeting the Marine Stewardship Council standard for sustainable fisheries—it encompassed so much more than technical valuations and observational procedures. This was a chance to see a fishery in action. I learned firsthand about the issues important to the community and their well-established fishery, as well as how to anticipate and manage change. The fishers of Pucusana, government officials and others had finally recognized both the economic and environmental value of selling a sustainably sourced fish, with the long-term goal of achieving certification from the Marine Stewardship Council, an organization that recognizes sustainable fishing practices. 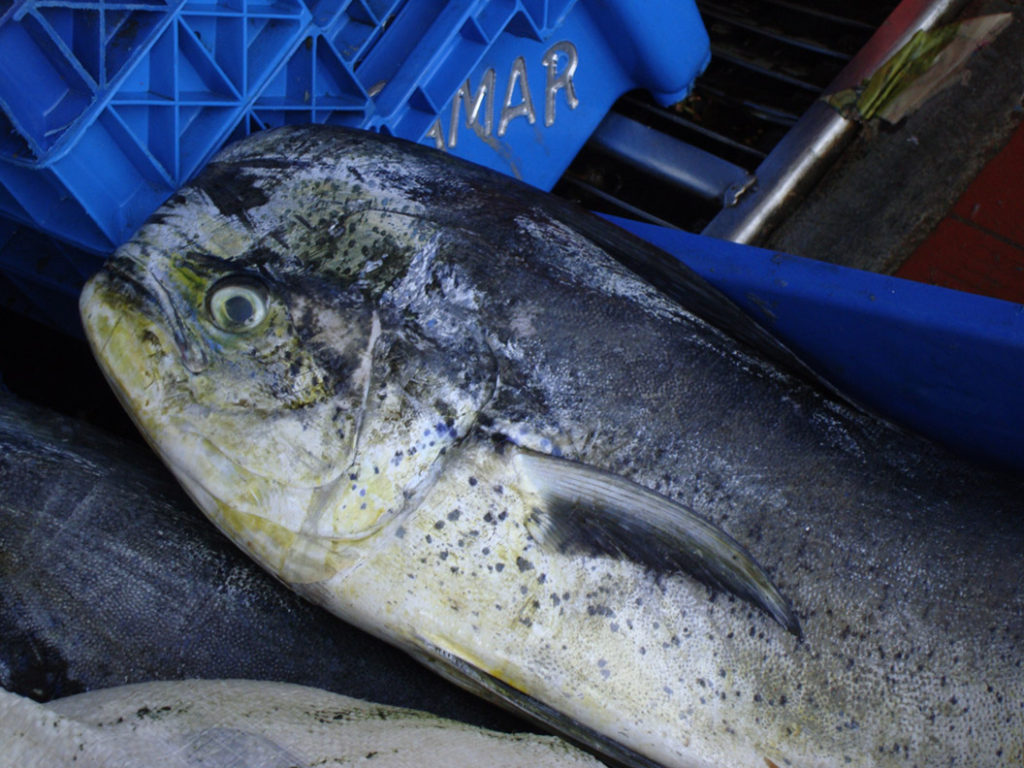 The last three years have brought significant positive change to Peru’s mahi mahi fishery. Working with many local and national partners WWF has helped address concerns around fishery stock boundaries, harvest strategies, and management systems. The Peruvian government has also made considerable steps forward in fishing initiatives, shifting from a reactive to a proactive approach in tackling issues of concern.

Coming face-to-face with those who are living the changes that together WWF and the community worked for, whose day-to-day lives improved because of these changes, and whose livelihoods are secured as fish stocks are conserved has truly made a lasting impression on me.